In the spirit of the end of the year, I take a break of the list of the 100 best books Shorter made in 1898, and look at what I’ve read this year. It turns out to be a woefully few books. I’ve been so busy writing that I haven’t had time for reading. It seems I won’t even make my Goodreads reading challenge of thirty books. I’m still three books short.

Most of what I’ve read does not merit a place in any top of the year list. I’ve mostly caught up with all the urban fantasy series I’ve followed for years. I listed the top ten of those on my other blog.

I did read some meatier fiction too. I wrote about re-reading Shikasta earlier this year, but I’m not entirely sure I’d name it my top read of the year. Interesting though it was, it didn’t really excite me the way some other books did.

I read other sci-fi too – however you want to define the genre. I read the second book in Lessing’s Canopus in Argos: Archives series, also a re-read that felt like I was reading it the first time. I read the critically acclaimed Dark Eden by Chris Beckett that I found slightly dull for some reason. In addition, there was This Land by L. S. Burton, an independently published book I enjoyed very much.

Great though all of those books were, they aren’t my top readings this year. I’ve written elsewhere about the Lover at Last by J. R. Ward. It’s a strong book in a long-running UF series, but what makes it stand out is that its romantic focus is two men, fierce vampire warriors one doesn’t usually see in the same-sex romance in urban fantasy. I thought Ward’s book was important, but it fell slightly sort on my expectations. Another interesting read was The City & The City by China Mièville. It’s unique enough to stand out among my otherwise mainstream urban fantasy readings, but I wasn’t entirely satisfied with it either. I constantly kept expecting it to become something ‘more’.

So, it would seem that my top read for the year is a book I haven’t actually finished reading as I write this. The City’s Son by Tom Pollock is a young adult urban fantasy set in London. It’s adventurous from the beginning, it has a unique world, it’s narrative doesn’t follow the conventions – one character is described from the first person point of view while the rest are in the third person – and it doesn’t shy away from the difficult topics like sexual harassment. I found the book captivating from the start and the only reason I haven’t managed to finish it yet is that I’ve been insanely busy doing other things. Those are done now and I can concentrate on the fantastical London of Tom Pollock. 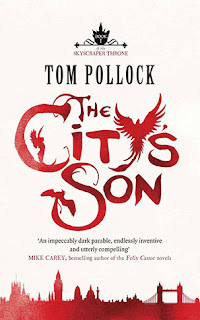 It’ll be Christmas next week so I’ll retire for the holidays and return in January. Merry Christmas and Happy New year to you all.
Posted by Susanna Shore at 17:00 No comments:


This week’s post about the 100 best novels compiled by Clement K. Shorter in 1898 is filled with even more obscure books than the last. I have to skip seven books before I come to an author I recognise. Of those seven, five are delightfully written by women. All books were written in 1860s. Their literary value, however, is largely forgotten.

First one is Sweet Anne Page (1868) by an English poet and author Mortimer Collins. Nothing is said about the book in Wikipedia, but as a poet, his lyrics with their “light grace, their sparkling wit and their airy philosophy” were unequal to anything of their kind in modern English, according to Encyclopædia Britannica in 1911. And I’d be interested in reading his Transmigration (1873), “a fantasy of multiple incarnations of which the middle one is set on a utopian Mars.”

Amelia B. Edwards was an English novelist, journalist, traveller and Egyptologist. Her book, Barbara’s History from 1864 is a “novel of bigamy” that made her fame. Uncle Silas (1864) is a Victorian Gothic mystery-thriller novel by Joseph Thomas Sheridan Le Fanu, an Irish writer. Uncle Silas is “notable as an early example of the locked room mystery subgenre.”

Next on the list is Lost and Saved by the Honourable Mrs Norton (1863), an English feminist, social reformer and author who seems to have achieved a lot. Among other things, her campaigning led to the Custody of Infants act in 1839. Her book, however, is completely unknown to Wikipedia. Nor does it say much about The Channings (1862) by Ellen Wood. It does mention, however, that she is best remembered by her earlier book East Lynne. Why Shorter chose this one from her rather substantial work is unknown.

Margaret Oliphant is another largely forgotten woman writer, a Scottish novelist and historical writer, whose works encompass “domestic realism, the historical novel and tales of the supernatural”. Salem Chapel from 1862 is only one of her numerous novels, but Wikipedia doesn’t reveal why that would have been the best she had to offer. 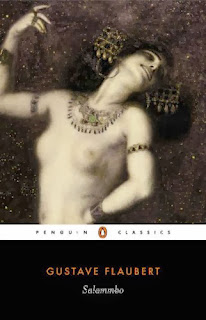 It’s not until the book number 86 that I recognise the author: Gustave Flaubert. From him, Shorter has chosen Salammbô (1862). Modern lists usually go with Madame Bovary, but Shorter liked a book set in Carthage during the 3rd century BC better. No wonder. It’s described as “an epic story of lust, cruelty, and sensuality” and is held to be one of the best French novels. I haven’t read the book, but I think it’s a good one to end the post with. More next week.

Posted by Susanna Shore at 20:33 No comments: