Should we care about the accuracy of historical fiction?

I’m a historian by education and a voracious reader. However, I don’t read much historical fiction – or watch historical movies, for that matter. Every student of history knows why. The incorrect historical facts and details mar the enjoyment of a good story.

I used to read plenty of historical fiction though, back before I studied history. It’s what got me to studying it in the first place. I was able to immerse myself in the past worlds without a care for the accuracy. I was rather sure, actually, that authors made up most of the details anyway. Not everyone things that way though.

It seems the word ‘historical’ makes readers assume a certain level of accuracy in books. Readers of historical romances, which often are more story-driven and less limited by the accuracy of details, are as unforgiving about wrong details as readers of more serious historical fiction. Readers trust the authors of historical fiction. Georgette Heyer has taught generations of readers and writers about the life in Regency England. Even if there were incorrect details in her books, no one would care at this point; her world is accepted as the truth.

But what about the kind of historical fiction that comes with the authority of academic learning and exhaustive research? The Guardian brought up the issue in a recent column, “How true should historical fiction be?” The writer, author Stephanie Merritt, has a clear view:

novelists are not history teachers. It's not our job to educate people, and if we start using words like “duty” and “responsibility” about historical fiction – or any fiction – we’re in danger of leaching all the vigour out of it with a sense of worthiness.

While authors “have a responsibility to not present readers with deliberately false information about a historical character or period”, the story should come first.

The trouble for an ordinary reader, or even a historian, is that we don’t always know when the author invents characters or events, or adds details simply because they fit the story. Even if readers assume that everything is invented, they can’t help but learn, the narrative helping with the process. And occasionally we learn things wrong. 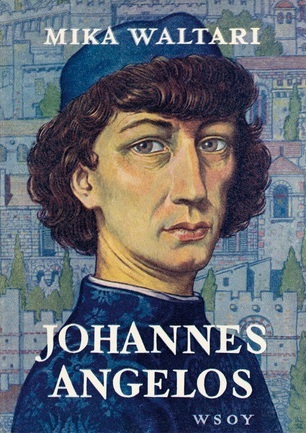 Pretty much everything I know about the fall of Constantinople (1453) I learned from Johannes Angelos (English: The Dark Angel, 1953), a 1952 book by Finnish author Mika Waltari. Finnish literary tradition maintains that he did exhaustive research for his historical novels and that all details are accurate. But he was one of the most prolific writers of his time – of any time, really – so how much time did he actually have for research. His historical fiction is so rich in detail, however, that it takes a dedicated reader or a specialist to detect the inaccuracies. Like with Heyer’s books, the sense of historical accuracy is strong in his books, which trumps all other concerns.

I’ve never really needed what I learned from Johannes Angelos anywhere, so it doesn’t actually matter if I’ve learned something incorrectly. Most of what we learn from the historical fiction is purely for our own enlightenment. Nonetheless, it would be nice to be able to rely on that learning. A reader should know when the author deviates from historical accuracy:

if you are going to play fast and loose with historical fact for the sake of a good story, you'd better have done your research thoroughly if you want readers to take you seriously; only then will you have the authority to depart from those facts.

In the end, even historical fiction is bound by the rules of fiction, not fact, but also liberated by them: “By making clear that you're writing fiction, you claim the freedom to speculate, to stray beyond what is known, and so breathe new life into long-dead characters.”

As all historians know, “any attempt to recreate the past requires a leap of imagination.” This is doubly true for historical fiction. So perhaps I should get over myself and start reading historical fiction again for good stories, not for exercises in my learning. Who knows, I might even enjoy it.

(All quotes from the Guardian article How true should historical fiction be?)

I’ve been on an urban fantasy reading binge recently. I’ve read books that were published ages ago, but I haven’t had time for, such as the latest books in Patricia Briggs’s two series. I read Dirty Magic, the first book in a new series by Jaye Wells called Prospero’s War that came out a couple of months ago. All were very enjoyable reads. I read the latest Anita Blake book too, which didn’t reach the greatness of the earlier books in the series, but was much better than the previous book.

This week, I started a new series – new to me, the first book was published in 2006 – called Quantum Gravity by Justina Robson. The first book is called Keeping it Real. It’s urban fantasy set in the near future where some kind of quantum explosion has torn open the borders between various realms or dimensions, forcing humans to interact with elves, fairies and demons. The heroine, Lila Black, is a human cyborg, which makes her a fairly unique character. I’ve read about a third of the book and I like it so far.

I’ve also began to read a collection of short stories by Pete Langman called Black Box. Good, but grim, read. I have a hunch some of the stories may be well beyond my comfort zone.

Posted by Susanna Shore at 13:57 No comments: